Stop Caring So Much? 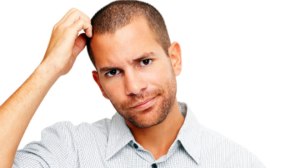 It’s synod year for the Reformed Churches in the Netherlands.  Synod Meppel 2017 is underway and it will prove to be a cross-roads for the RCN — will they adopt women in office?  Better:  will it become the official stance of the RCN?  After all, it is already being done.  If the RCN does go in that direction, Synod 2018 of the Free Reformed Churches of Australia (FRCA) is likely to terminate our sister-church relationship with the RCN.  Like many others, I’m watching and praying.

Now to the Supplementary Report of the BBK (see here for the original — it’s only in Dutch, sorry!)  As far as I can tell, this report appeared on the RCN website on February 10, 2017.  The report proposes three decisions to Synod Meppel.

The first is that any letter written to Synod Meppel from foreign sister churches with objections be answered with a letter hand-delivered by some members of the Synod plus deputies from the BBK.  So, for example, a response to the FRCA would be delivered in person to Synod Bunbury 2018 by a delegation from Synod Meppel and deputies from BBK.  The grounds note that it’s always better to meet in person — it’s respectful when there are tensions, and it shows serious commitment and good will.  In itself, that’s not a bad thing to propose.  One might wonder whether members of Synod Meppel can actually speak on behalf of a body that no longer exists, but perhaps there’s some new Dutch church polity behind that.

The second decision proposed has to do with the CanRC.  Specifically, the BBK wants to propose that Synod Meppel express its disapproval of the decision of Synod Dunnville to send correspondence to the local churches of the RCN.  The BBK argues that this is interfering in the private life of a sister church.  Moreover, it borders on agitating or inciting the local churches of the RCN.

The third decision is similar and pertains to the FRCA.  Again, Synod Meppel is presented with a proposal to express disapproval at the actions of a sister church.  Specifically, it’s the decision of Synod Baldivis to send a letter to the local churches of the RCN.  However, in their view, the FRCA went further and actually agitated or incited the local churches by sending a cover letter which urged them to take action.  In this regard, the FRCA went beyond what the CanRC did.  The CanRC merely bordered on agitating amongst the local RCNs — the FRCA went over the line.  With both the CanRC and FRCA, the understanding of the BBK appears to be that the only proper way to address the RCN is through the BBK.

I’ll offer some commentary on this.  I have several points:

For many years, it was common practice for individuals to write to synods of the Canadian Reformed Churches.  If you go far enough back, you may even find a letter to a synod from a certain W. Bredenhof.  Eventually, synods stopped deeming some correspondence from individual church members as admissible.  The exception, and a very important one, is any appeal which pertains directly to an individual.  If an individual church member has been aggrieved, the door is open for him or her to appeal to the broader assemblies.  But, if one wanted to write a letter directly to a synod about Bible translations (for example) and the committee’s report on that, it would no longer be deemed admissible.  Instead, individual church members are to correspond with their consistories and try to convince them of their point of view, with the goal of getting that view on the table of a Synod via a letter from the consistory.  This is not laid out in the CanRC regulations for General Synods or in the Church Order.  Instead, this came by way of a decision at Synod Chatham 2004.  Synod Chatham stated in article 20:

…an individual member cannot forward his appeals regarding matters that concern the churches in common to a general synod…Individual members must follow the way of the Church Order by addressing their concerns to their local consistory who, should they concur with their concerns, direct an appeal to a general synod.  Consistory, unlike individual members, has the right to deal directly with the matters that belong to the churches in common…If the local consistory does not take over the individual’s appeal, he can appeal the local consistory’s decision to classis and thus begin the appeal process in accordance with article 31 of the Church Order.

This is a good illustration of how the Church Order functions in Reformed churches.  It’s not just the words on the page that matter, but also how the words have been interpreted and put into practice via synod decisions or other precedents.  At the bare minimum, one really needs a guide book or commentary to the Church Order to understand and use it properly!

Over here in Australia, as in Canada, individual church members may write appeals when they are personally involved.  However, there is a difference in regard to individuals addressing synods on various agenda items related to life in the federation in general.  This is laid out explicitly in the Rules for Synods of the Free Reformed Churches of Australia.  Rule 7.3 says, in part:

Submissions not from the churches, except those allowed by the Church Order, shall be received for information only and require no acknowledgment.

So, individuals may write to a synod about various agenda items, but this type of correspondence does not have anywhere near the same weight as submissions from the churches.  A synod may even choose to essentially ignore this type of correspondence.  In practice, I’m told that, for the last number of synods, individuals have not invested the effort in submitting letters on general matters.  Certainly if one reviews the Acts of Synod Baldivis 2015 and the correspondence received, there were no such letters.

In conclusion, practically speaking, there is not much difference between Canada and Australia.  One could say that the bar is higher in Canada for an individual to bring a concern forward.  However, at the same time, if an individual can convince his church to forward his concern to a synod, one could say that it would carry more weight than an individual sending a letter to a synod where it would merely be received for information.  Under the former scenario at least the synod is obligated to deal with it.

The Synod concluded on Wednesday evening.  Wednesday’s Acts are filled mostly with discussions and decisions regarding various foreign churches.  The FRCA will stay the course with their sister churches in South Africa and Indonesia.  There was a proposal to enter into a sister-church relationship with the Reformed Churches of Brazil.  The synod elected not to do this since, according to the Acts,  geography makes it impractical and since theological, academic, and financial support can still be given apart from a sister-church relationship.  That’s unfortunate:  the Brazilian churches are small too and they could really benefit from the closer tie that a sister-church relationship entails, i.e. regular contact, encouragement, and advice.  As far as geography goes, the FRCA are now pursuing relations with the URCNA.  The distance from Perth, WA to Escondido, California (the nearest URCNA):  15,078 Km.  The distance from Perth, WA to Curitiba, Brazil (the nearest IRB):  13,447 Km.  Both are huge distances, but obviously one is a bit bigger than the other.

The Synod wrapped up with various appointments.  The next Synod is scheduled for 2018 and will be convened by the Bunbury FRCA.

BTW, the Press Release for Week 2 can be found here.

The Synod finished up on Wednesday evening and all the draft Acts are now available.  For today, we’ll just have a look at developments on Tuesday.  I’m summarizing from the Acts that can be found here.

There were two noteworthy items.  One is a bit baffling to an outsider.  Articles 106 and 109 deal with an appeal from the church at Busselton.  This is baffling because there’s no background provided in the Acts.  If you don’t know the background, the decision doesn’t mean very much.  All I can say is that it looks like it had something to do with labour union membership.

The other item worthy of note has to do with one of the church federations made up of brothers and sisters who’ve left the Reformed Churches in the Netherlands (Liberated).  Their Dutch name is De Gereformeerde Kerken (Hersteld), translated as The Reformed Churches (Restored), usually abbreviated as DGK.  Their website can be found here.  The FRCA have been in contact with these churches.  One of the complicating factors with the DGK is their official relationship with a group of schismatics calling themselves the Liberated Reformed Church at Abbotsford.  This group broke away from the Canadian Reformed Churches some years ago over concerns of “increasing corruption.”  Synod Baldivis decided to maintain some contact with the DGK and with another group of churches known as Gereformeerde Kerken Nederland (made up also of those who left the RCN).  The Australian churches will continue to monitor developments in the Netherlands and the deputies will also liaise with their Canadian Reformed counterparts.  Will one or both of these Dutch churches some day be in a sister church relationship with the FRCA?  Time will tell… 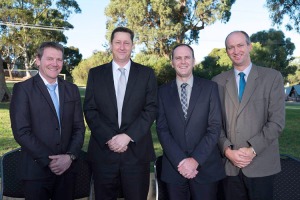 Yesterday’s Acts from Synod Baldivis have been published.  The most noteworthy item is in regard to theological training.  For the foreseeable future, the FRCA are going to continue supporting the Canadian Reformed Theological Seminary (CRTS) in Hamilton.  FRCA theological students will also continue to be directed to take up their studies here.  However, there was also a decision to study the feasibility of establishing an FRCA seminary.  The deputies are mandated to consider these four aspects:

As mentioned previously (in this post), the Rockingham church sent a proposal to Synod Baldivis dealing with some of these points already.  However, Rockingham’s letter was declared inadmissible since it was a new proposal and also apparently arrived late at the convening church.  Nevertheless, perhaps the deputies can make use of some of Rockingham’s research.  But we have to conclude that if an Australian Reformed seminary is to become a reality, it seems that it’s still a few years away.