Imagine for a moment a powerful yet wise and good king ruling over his vast kingdom.  Years ago, there was a rebellion in the kingdom.  Subjects of the king revolted against his rule.  They continued to live in his kingdom, but they refused to acknowledge his rightful authority.  When these rebels had children, they trained them to likewise reject the king.   Eventually, the king took action to address the rebellion.  Rather than immediately punish all his defiant subjects, he graciously offered them the gift of pardon and forgiveness, if only they would only return to acknowledge him as rightful king.  Some of the subjects did.  They turned from being traitors to being loyal subjects of the king.

This is broadly analogous to the way things are in this world.  God is that good and wise king.  Human beings have rebelled against his rule, irrationally acted as traitors.  Yet in the gospel, God has offered pardon and forgiveness.  He calls for faith in Jesus Christ, a turn from sin, and a return to acknowledging his kingship.  By his grace, some do.  Many others, however, don’t.  They continue to traitorously rebel against the wise and good King.

This analogy highlights a key feature of a biblical worldview:  there is no neutrality among human beings.  Humanity divides into two black and white categories.  There are traitors and there are loyal subjects of the King.

This contrast is found throughout the Bible.  For example, Jesus said in Matthew 12:30, “Whoever is not with me is against me, and whoever does not gather with me scatters.”  Loyal subjects are with Jesus Christ, on his side doing the work of gathering.  Traitors are against him, scattering as they go.  Similarly, in Matthew 25, Jesus speaks of the final judgment in terms of a separation between sheep and goats.  The sheep have been loyal subjects of the King, treating his brothers in a kind and compassionate way.  The goats have been traitors, acting selfishly in rebellion against the Lord.  There is, indeed, no neutrality among human beings.  Ever.

This part of a biblical worldview has massive practical consequences.  Let me just briefly touch on two important areas.

Apologetics has to do with our defence and promotion of the Christian faith.  The biblical teaching about the impossibility of neutrality has to be taken into account.  The way we do that is by acknowledging what God says:  the unbeliever we’re speaking with is not neutral.  If he doesn’t believe in Jesus Christ and acknowledge God as king, he’s a rebel and a traitor in God’s kingdom.  You can’t pretend otherwise.  You can’t be silent about it.  Because you, as a Christian, are a loyal subject of the King you stand up for his crown rights.  Because you were previously a traitor yourself, but have experienced the pardon and forgiveness of this good King, you want the unbeliever to come to the same experience.  Therefore, in your apologetics, you have to speak about the reality of rebellion against the King.  You have to call the traitor to give up his treason.

For at least the past 200 years, Reformed believers have insisted that the Bible’s teaching on neutrality has a huge bearing on education.  Regardless of the type of school, the teachers are either traitors or loyal subjects of the King.  In their education, in the place of the parent (in loco parentis), they are going to train children to be either traitors or loyal subjects of the King.  This extends into educational philosophy as well.  A school is going to be guided by a philosophy that is either in rebellion against the King, or showing loyal submission to the King.  There is no neutrality in educational philosophy.  This is why, historically, we have argued for the necessity of Christian education.  Because there is no neutrality, we aim to have our children educated in a way that honours the King and seeks to create more loyal subjects for the King.

Every generation needs to be reminded of this biblical worldview cornerstone.  Why?  Because even as loyal subjects, even as Christians, we still have some of the rebel left in us.  That rebellious remnant tends to make us drift.  It tends to make us blur the lines and see neutrality where there is none.  When that happens and we don’t even see unbelief as an affront to the King anymore, we ourselves have been lured back to treason.  That would be tragic.

The final installment of my (lengthy) review of this important book making the case for theistic evolution. 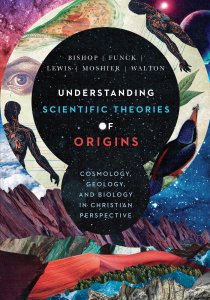 The Extent of the Flood

As already mentioned, USTO disparages a “Bible-first” approach.  Instead, the Bible has to be understood, not only on its own terms, but also in terms of what God is revealing in the “second book” of scientific evidence.  Not surprisingly, this leads USTO to reject the notion of a global flood in the days of Noah.  They grant that the Bible describes some cataclysmic event of massive proportions; however USTO insists that it was not global.  Moreover, “the event is described with a specific theological and literary goal in mind” (241).  It is not meant to provide us with a “hydro-geological” explanation.

Once again we are presented with a false dilemma:  a global flood versus a “specific theological and literary goal.”  This dilemma is false…

Continuing my way through this hugely problematic tome….

Any model of origins which incorporates the idea of macro-evolutionary history over billions of years is going to have to involve death.  USTO discusses death in numerous places, oftentimes in a positive way.  One of these discussions is early in the second chapter.

USTO aims to maintain the sovereignty of God over creation.  However, it quickly turns out that, because of his love, God has actually relinquished control over his creation: 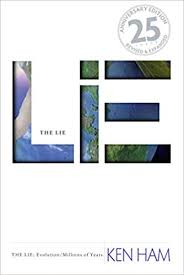 When I was growing up in Edmonton, one of the biggest things that helped me stay convinced of the biblical view of creation was attendance at a number of presentations organized by the Creation Science Association of Alberta.  One in particular stands out in my memory:  Dr. Steven Austin at the Jubilee Auditorium in about 1985.   I remember because his name struck me:  I thought I was going to go and listen to the Six Million Dollar Man.  I also remember because, even though I was only 12 years old, his presentation on Mt. Saint Helens drove home how drastic geological changes can take place in a brief period of time.

Since coming here to Australia, our church has been invited to a couple of similar presentations.  One was from…

Comments Off on Book Review: The Lie | posted in Uncategorized

As we get to the end of another year, let me share with you the ten most-read posts here on Yinkahdinay in the past 12 months.  Interestingly, only three of them were actually written in 2019.

9.   The Synod of Dort and the Sabbath

8.  Pastoral Q & A:  Vaccinations (always a contentious topic that gets a lot of interest — for better or for worse)

7.  Isaiah Reveals a Message No One Will Believe: A Good Friday Sermon on Isaiah 53:1-3

6.  The Case that Went Nowhere:  Willis De Boer in the CRC

5.  Can a Christian Eat Black Pudding? (glad that people continue to take an interest in this delicacy!)

3.  The ESV Study Bible vs. The Reformation Study Bible: A Comparison (fourth year running that this post has made the top ten!)

1.  Tetelestai:  It is Finished (this one always surprises me — one little Greek word gets a lot of attention!)

And with that, I’m taking my summer vacation beginning January 1 and so I’ll be taking my usual break from blogging.  Hope to see you here again in February!