The Accompanist as Prophet? — Excerpt from Aiming to Please 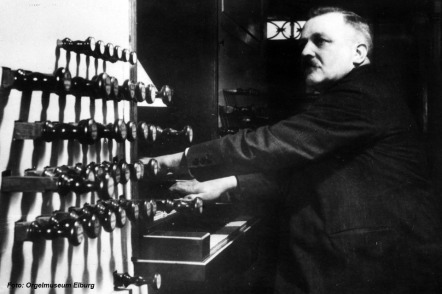 The following is an excerpt from Aiming to Please, chapter 16.  Aiming to Please:  A Guide to Reformed Worship can be purchased from Amazon and many other online retailers around the world.

The Accompanist as Prophet?

Regrettably, in our tradition there has sometimes been inordinate language when it comes to accompanists, and especially organists.  Sometimes the organist has been described as a “prophet” and his playing as “prophesying from the organ bench.”  It seems that this rhetoric traces back to the famous Dutch organist Jan Zwart.  According to Deddens, Zwart spoke of “prophesying during the worship service, before and after the sermon, in a language the people can understand.”  Reformed theologian Klaas Schilder took over this language in describing Zwart posthumously:  “His life’s work was to prophesy from the organ bench, and when we say that we give true expression to what motivated this man.”  Deddens appreciated this rhetoric and took it over as well.

The major problem with this description of the accompanist is that it does not stand up to biblical scrutiny.  In the Bible, prophecy is almost always about words.  A prophet without words is unheard of.  There are instances where prophets performed prophetic acts, but these were exceptional, and even these acts never occurred in isolation from their words.  Both in the Old Testament and the New Testament, prophecy is verbal.  When Lord’s Day 12 of the Catechism says we are anointed to be prophets who confess the name of Christ, it is referring to a verbal activity.  During and after the Reformation, preaching was sometimes called “prophesying” – because it had to do with words.  The idea of a musical instrument being a means of prophecy is unheard of, biblically and historically.

While certainly appreciating the work of accompanists (more on that in a moment), let us also be modest about what they are doing.  If one wants to employ the language of the three-fold office of all believers to describe accompanists, then it would be better to refer to them in priestly terms.  With their accompaniment, they are offering a sacrifice of thanksgiving with the rest of the congregation.  That is something which can be done both with and without words.

If an accompanist takes his or her work seriously, there can be quite a bit of preparation involved with each service.  Moreover, a serious accompanist might even be a professional musician with years of training.  A lot of time and money may have been invested in honing their musical craft.  This ought to be honoured and recognized.

That can be done in different ways, of course.  One way would be for the pastor regularly to pray for the accompanist(s) in his congregation.  Another would be for there to be occasional acknowledgement of the accompanist in the church bulletin or perhaps at a congregational meeting.  Still another way would be to ask the accompanist to help the congregation in understanding music in worship.  Accompanists have the musical understanding and skills that many of us do not, and asking them to share their insights also shows respect for them and their craft.  Let them teach us.

It is also appropriate to show our gratitude to our accompanists with an honorarium.  This recognizes the time, energy, and financial commitment they have made to pursue excellence in accompanying our singing.  Churches that do not offer an honorarium to their accompanists can sometimes struggle to find accompaniment, especially if there are other churches nearby which do offer honorariums.