Knocking Down Straw Men is Too Easy 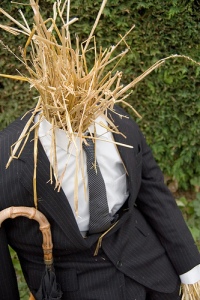 It has been some time since we have heard from the bloggers at Reformed Academic. Last week, however, a post finally appeared from Dr. Freda Oosterhoff. In this post, she is interacting with an article in Clarion written by Rev. Klaas Stam. She claims that Clarion refused to publish her response and so it now appears on Reformed Academic. The focus of her article is a critique of Henry Morris. Certainly some of what Morris writes is worthy of critique and my goal here is not to defend Morris. Instead, I want to interact with the last of her conclusions.

Click here to continue reading at Creation Without Compromise…

Comments Off on Knocking Down Straw Men is Too Easy   |  tags: Freda Oosterhoff, Inerrancy | posted in Creation, Scripture

Friends and colleagues continue to take on the latitudinarian blog Reformed Academic.  John Byl opens up on Jitse Vandermeer’s notion that human suffering and death existed for thousands of years before Adam’s fall.  Jim Witteveen dismantles Freda Oosterhoff’s insistence that young-earth creationism is dangerous for our missionary and evangelistic efforts.  If I can add something to what my colleague writes, I find Oosterhoff’s statement ridiculous, to put it mildly.  When I was a missionary, the people among whom I was working found the Darwinist mythology just as incredible, and even laughable, as I did.  The notion that people are descended from monkeys was just another crazy white-man’s idea.  A vast number of the world’s population would share that sentiment.  Many non-Christians (especially in the two-thirds world) still find a six day creation ex nihilo more credible than Darwinian evolution.   As Jim writes, it’s the cross that they really stumble over.  What’s dangerous is not young-earth creationism, but latitudinarianism.  Follow that route and before long we may not have a gospel for our missionaries to preach.